A theatrical show ? Atypical, certainly. What Denis Lavant and

François R. Cambuzat looked for is neither the good word,

nor the nicest rhyme nor the satisfaction of the beautiful souls, but this magnificent savagery, this loss of one in surge, this gypsy and universal duende so close to the Sufism and so dear to Federico Garcia Lorca, without which everything - the beauty, the technique, the apparire – is totally and perfectly useless.

More by Lacenaire and Mallarmé, by Sylvie Brès or Miklós Radnóti than by Molière or Shakespeare, Denis Lavant will fight this time against the Text and against the Good Tone, the duende governing the development. Denis Lavant's improvisations : always, or every time the his desire will let him flies away. According to his late readings, adventures or humors, according to his resentment. To avoid any implementation, any habit, any respect for the Text - and so avoiding any duende-killer. Violently following his illuminations.

The music is not improvised, but written and of steel, in structures faithful and merciless as decades without bread. It is the basis, the weft on the which the revolt rests. François R. Cambuzat welded the arrangements, Gianna Greco milled the sub-basses. The compositions are evolving to disturb the Voice, to destabilize what was already said, to create other desires - especially for other impulses. Everything will die and reborn. So a Uyghur song can replace a valve, a Turkish Ney would blast a steam machine. Guitars and computers.

Without this trance, this ecstasy taking over any restraint, the word would be only the show of our hypocrisy, our conservatism, otherwise our vegetated death. And this, in a world that should be so magnificently revolutionary, would be of an infinite sadness otherwise a dirty crime.

The theater will be the arena, the bullring of a deafening spurt, of thoughts put in words by the current, the very-present pre-revolution Era, by this tremendous essay to build a Society. Together, it seems.

Denis Lavant keeps silent, comments, raises or provokes, according to his choice of the instant/instinct.

The music opens a breach, frees any drives, fears or fantasies. Catharsis will operate first of all the transformation of the thought in emotion.

The artists are in the orchestra pit and occupy the public place.

The light is dark, almost to the black. Portable lights stolen from construction sites are the complementary weapons of the mechanics.

To be an artist is a choice that we settle first of all at an essential level: either we choose to express the conservative structures of the society and we content with being a robot in the hands of the power, either we address the progressive components of this society to try to establish a revolutionary relationship between the art and the life.

The world rots in a well-being which is only egoism, stupidity, lack of education, gossip, moralism, constraint, conformity: to contribute in any way to this decay is, maintaining the fascism.

The imagination is not a state: it is the human existence itself.

The one that nothing enlists and that only an impulsive nature is guiding, a passional complex, an outlaw, outschool, an isolated researcher of the beyond.

The task of art today is to bring chaos into order. Normality is death. He who integrates is lost.

Put the arts in the hand of the people, they will become the scarecrow of the tyrants.

What does the money machine eat? It eats youth, spontaneity, life, beauty, and, above all, it eats creativity. It eats quality and sh*ts quantity.

One day I asked my brother if he had a miracle solution to realize a dream. He answered me that he had three of it and who consisted of three words each :

The life will not wait for the one who sleeps.

Those who do not move do not feel their chains.

Follow the stars. Not to finish as a fish in a jar.

The resignation, my angel, is a daily suicide.

It is fair to recognize the difficulty and the immensity of the tasks of the revolution that wants to create and maintain a classless society. It can begin easily enough wherever autonomous proletarian assemblies, not recognizing any authority outside themselves or the property of anyone whatsoever, placing their will above all laws and specializations, abolish the separation of individual, the commodity economy and the State. But it will only triumph by imposing itself universally, without leaving a patch of territory to any form of alienated society that still exists. There we will see again an Athens or a Florence that reaches to all the corners of the world, a city from which no one will be rejected and which, having brought down all of its enemies, will at last be able to surrender itself joyously to the true divisions and never-ending confrontations of historical life.

Today, with populations of homeless everywhere on the increase, masses of people are continuously rendered superfluous if we continue to think our world in utilitarian terms.

The freedom shows itself only in the creation or in the fight, which have in fact the same purpose : the realization of our life.

The autonomy in the Thought is the unlimited Interrogation; which will never stops in front of nothing and which always question itself constantly.

The creativity is only what what can define and justify as science of the freedom.

I lived on earth at a time

when we were happy to abort

rather than being fatal to our own child.

The alive, being jealous of deaths the decay,

some helping fish called the mixture.

Miklós Radnóti, Go on, you sentenced to death.

Our boat, risen out of a hanging fog, turns toward poverty's harbor, the monstrous city, its sky stained with fire and mud. Ah! Those stinking rags, bread soaked with rain, drunkenness, and the thousands of loves who nailed me to the cross! Will there never, ever be an end to that ghoulish queen of a million dead souls and bodies and who will all be judged! I can see myself again, my skin corroded by dirt and disease, hair and armpits crawling with worms, and worms still larger crawling in my heart, stretched out among ageless, heartless, unknown figures... I could easily have died there...

We fall down stairs and eat the moist earth,

or we climb to the snow’s edge with the choir of dead dahlias.

But there is no oblivion, no dream:

That has no face / no spirit / no more shape / nor of name nevertheless that lives / that grows and you obey.

That has no bank / no purpose / no sense / but directions / nevertheless that winds / that twists / and that fumes / so that in you raise / a sort of vapor / condensation of yesterday - or yes maybe / of today.

Sylvie Brès, On our own wings

The real gesture of the artist is not the perfect gesture, but the unique gesture. What is fundamentally different. A precarious gesture. Of the work without any net, without bank guarantees nor professionals guarantees. A leap in the dark. 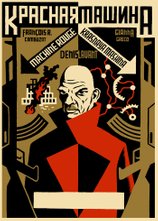 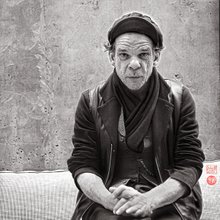 Our human's task is to find some formulae

which will calm the infinite anxiety of the free souls.