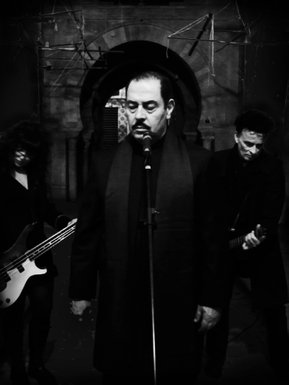 RUUHAANIIA : a Spriritual Blast from Lotfi Bouchnak, the most famous Arab singer and the most elusive artists from the Western World. Sufi incantations sparked by a certain Westerner electricity.

The publication of the first video "Doua # 01" sparked an avalanche of hatred from Muslim fundamentalists immediately followed by international backers, with over 900,000 seen in a few hours between YouTube and Facebook and the dythirambic reactions of almost all Arab media (as well copied -and hacked- by Al Jazeera).

The three artists then realized that they struck a chord. That they had been right. What was still only an essay then became a real & heavy intent to put an end to intolerance, to weaken dogmas and certainties, in the East as in the West.

He is considered one of the best tenors in the Middle East,

North Africa and the Arab world. Constantly called in

concerts all over the world, his reputation guarantees him venues always fuels, and this in Moslem countries as well in the West where local arabic communities reserve him an enthusiastic welcome. Lotfi Bouchnak is also Ambassador of the Peace at the UN for his actions during the war in Bosnia and was granted Best Arab Singer in Washington DC. He also received among others the Prize of the Institute of the Arab World in Paris as well as the Prize of the Opera of Cairo. Bouchnak has been one of few artists to have regular shows in the Cairo Opera House since 1992.

FRANÇOIS R. CAMBUZAT, from Phrance, released about 19 albums and performed over 4000 concerts all over the planet. From Avant (L'Enfance Rouge, Putan Club) to Shamanism (Xinjiang, Taklamakan & Karakoram), flamenco or Adorcist Rituals (Ifriqiyya Electrique), from Europe to Caucasus or Sahara. Not belonging to any Church (cultural or whatever),  he works and created at present diverse projects with Lotfi Bouchnak (TN), Lydia Lunch (USA), Eugene S . Robinson (USA) and Denis Lavant ( F ). And love to be somewhere else, absolutely not were you would expect him to be.

GIANNA GRECO, from Eetalee. A merry disgust for the two-headed Hydra of a society, a parasitic system founded for the benefit of a privileged class on one side, and on the other the male prerogative which declared one half of humanity free and autonomous while reducing the other half to slavery. A one-sex society. A man's world. The triple nature of female slavery: ignorance, capitalism, and men. More than 600 concerts in Europe, Asia, and Africa. Gianna now lives between Pamir, France and Argentina, and continues to follow only that which gives her a thrill. Founded the Putan Club, a cell for artistic activism founded on ideals of revolutionary feminism. Trance, Dance and Defiance. 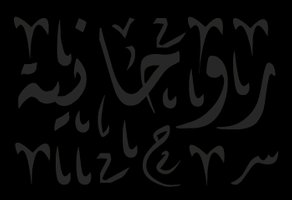 Video Doua #1 has over 2 millions views on the web, growing everyday. First the original, then hundreds of rip-offs, from privates or huge broadcasts as Al Jazeera, as here: J, K, L, M, N, and much more on Facebook.

We're quite proud of these robberies. Just remember that the video was shot & edited by Renaud de Foville.

All the pictures are from Renaud de Foville.